MATTHEW MCGILLIVRAY JOINS THE VIRTUALSTAX TEAM AS A SPORTSTAX AMBASSADOR! 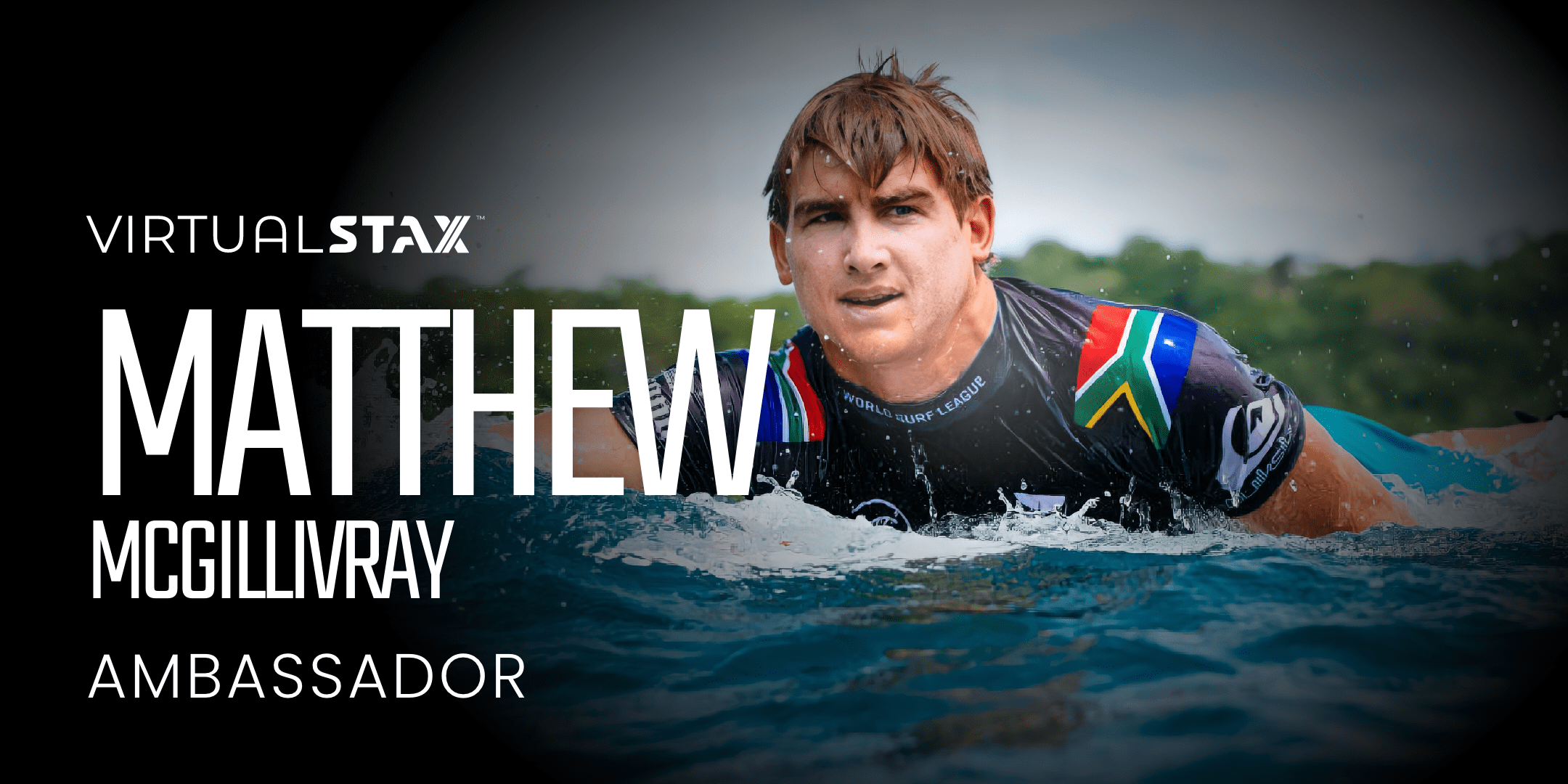 Matthew McGillivray is now an official Ambassador for VirtualStaX! The South African surfing protégé joins the team after concluding his best Championship tour season yet and is the first active Championship Tour surfer to sign with VirtualStaX.

Born in Port Elizabeth, South Africa, Matthew grew up in Jeffrey’s Bay which helped him form a noticeably smooth style with a powerful rail game. Growing up in a surf lifesaving family he spent hours in the ocean every day and learnt quickly. At nine years old, he followed in the footsteps of his older brother and began surfing. During his short yet impressive career, one of Matthew’s noteworthy achievements include winning the Seat Netanya Pro in Israel in 2018. McGillivray continued to put together outstanding performances on the World surfing qualifying series stage that landed him a spot on the Championship in 2019. In 2019, he finished in third place in the Hawaiian Pro, as well as two 5th place finishes in both QS10000's in Europe. In 2022, the natural footer charged his way through the World Surf League (WSL) Championship tour to finish 13th in the world.

His fearless and calm attitude has resulted in some of the WSL Championship Tours top highlight reels over the past 3 years. “We are excited to welcome Matthew to the VirtualStaX team! This is going to be an exhilarating partnership that will have a phenomenal impact on the sport of surfing, and connect the 100 million+ surfing enthusiasts and fans in a unique way” said Rudolf Markgraaf, Founder and CEO of VirtualStaX.

VirtualStaX are blockchain certificates that allow talented people from all passions of life to connect with fans and fund their careers, while allowing their fans to participate in their journey like never before. Matthew is a rising star in the surfing world, and with VirtualStaX we look forward to seeing him rise even higher than ever before. His strong community based character has led to his success so far.

Talent is everywhere, opportunity is not. VirtualStaX was founded on the principle of providing opportunity and uplifting others. VirtualStaX will provide a valuable opportunity for talented athletes, including surfers, all over the world. VirtualStaX is honored to add Matthew to the lineup of StaX Ambassadors. Welcome to the Team, Matthew McGillivray.