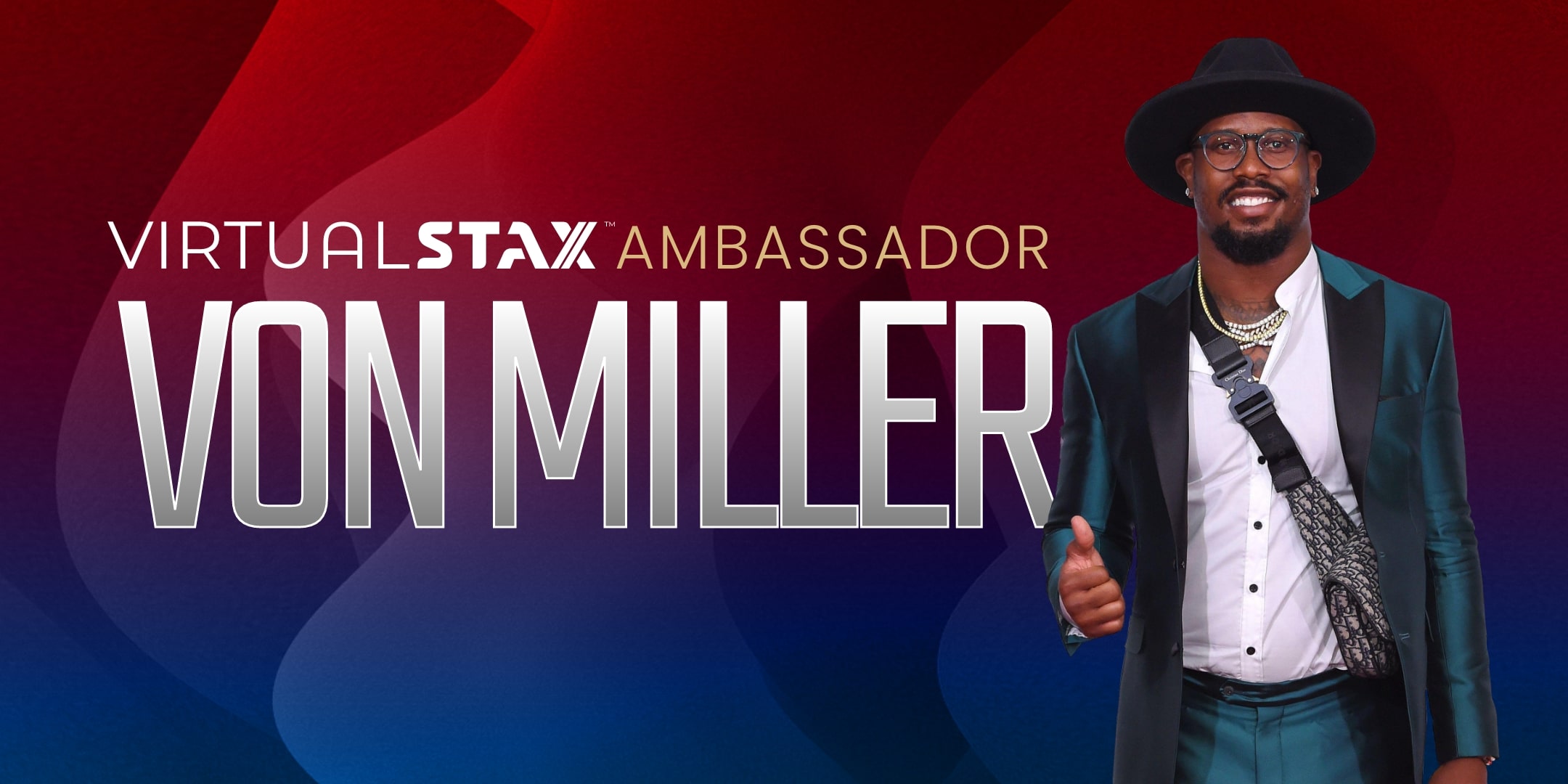 The SportXchange proudly announces its signing of two-time Super Bowl Champion Von Miller as an official Ambassador for VirtualStaX and the SportXchange. The 8-time Pro Bowler and career leader for sacks in Super Bowl games will join current NFL star Patrick Mahomes and football legend, Drew Brees in this exciting endeavor that is expected to take the sports world by storm.

Widely regarded as one of the most likable people in the NFL since entering the NFL in 2011, we believe Miller to be the perfect fit for the vision of TheXchange: to connect fans and players in a variety of ways that benefits all parties. VirtualStaX are digital certificates and NFTs that empower talented individuals to monetize their careers and fund their dreams by listing themselves on the world’s first exchange for talent – a literal “talent accelerator.” It is a concept that will permanently transform the landscape of athlete-fan relationships.

Von’s qualities as a leader, teammate, and community activist have been well documented over the years.

“His work ethic, care for others, and team-first attitude throughout his career make him a perfect fit for the SportXchange and everything we stand for…” says Rudolf Markgraaff, CEO of TheXchange.