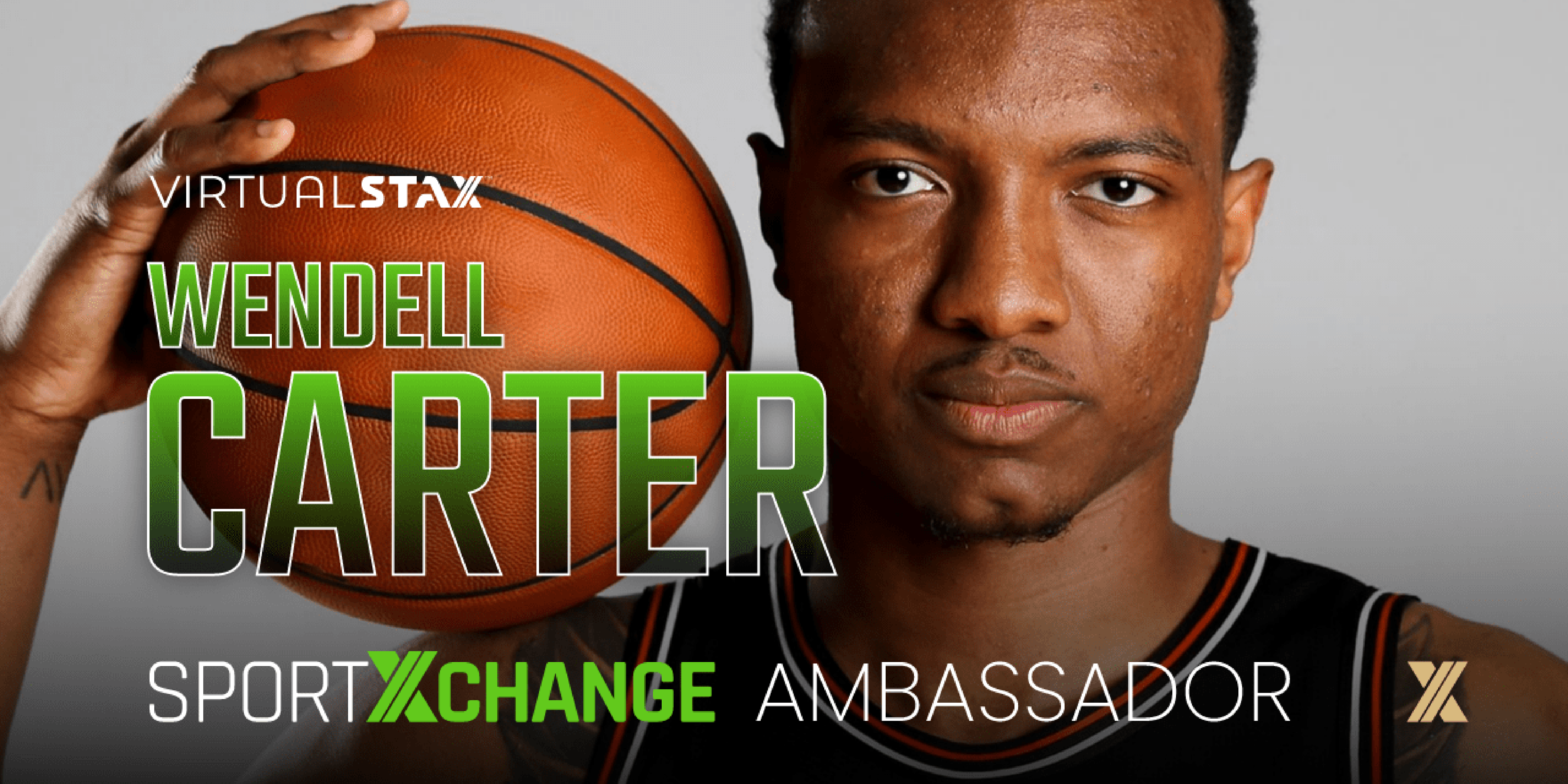 We are proud to announce that NBA rising star, Wendell Carter Jr. has joined the VirtualStaX team as an official ambassador for the SportXchange. The Orlando Magic power forward joins the team just after concluding his best NBA season yet.

As the first active NBA player to sign with VirtualStaX, Carter will have the unique opportunity to grow his brand through his StaX as he reaches the prime of his career, quickly becoming one of the biggest stars in the league.

We’re excited to embark on this journey with Wendell as he takes the NBA by storm with his exceptional skills and his unassailable attitude towards accomplishing his dreams.

As part of Wendell’s engagement as VirtualStaX Ambassador he will represent VirtualStaX in person at the Basketball without Borders event in Africa in Q3 2022.

Watch this space for more information on Wendell’s journey with VirtualStaX as well as major upcoming announcements revealing some of the biggest global music stars joining TheXchange as global VirtualStaX Ambassadors.