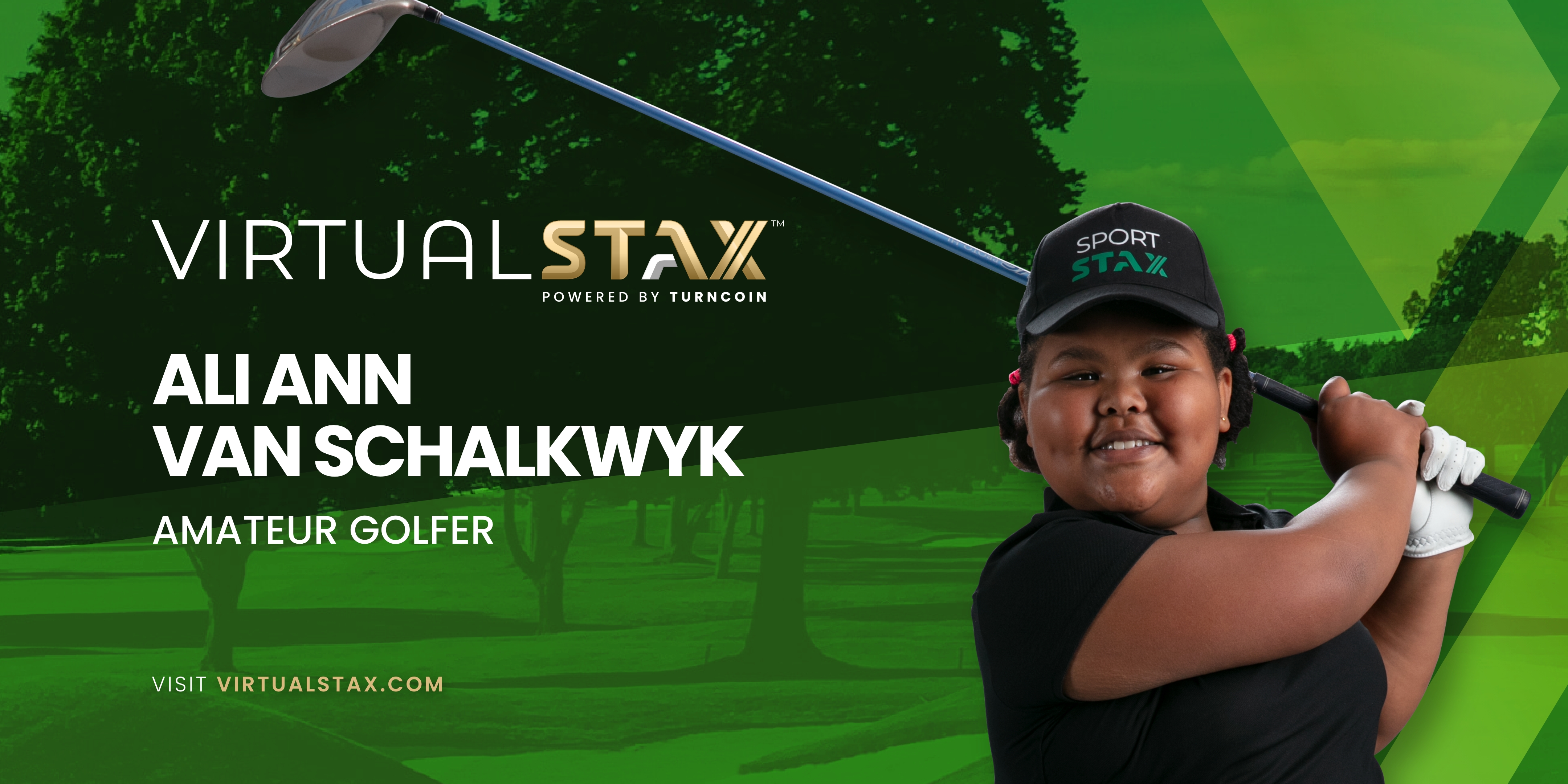 Van Schalkwyk is a remarkable young golfer and athlete who has won numerous tournaments against adults, earning her huge respect in the competitive golf community. This remarkable 12-year-old girl has ignited Western Cape golf interest and created a huge name for herself in just a few short years on the links.

Her ambassadorship was revealed during a soft launch event for TurnCoin, the digital security token which powers VirtualStaX, in July 2021. At the event, Global Ambassador for VirtualStaX, American football legend Drew Brees electrified the crowd as he bid $2,000 to purchase Van Shalkwyk’s first StaX when they are listed on the StaX App later this year.

Van Schalkwyk’s work ethic and commitment to the game are extraordinary, tempered with her warm and friendly approach to her sport. Along with practicing her swing, she has also been busy forming her own club to mentor other young golfers and athletes in the area through sharing her experience.

Rudolf Markgraaff, Founder and CEO of VirtualStaX said, “We are blessed to find Ali Ann right here in Stellenbosch, almost in our back yard. How many other amazing kids are out in the world training at their own sport in backyards around the world. We are thrilled to have her on board to inspire us and to be part of the VirutalStaX journey.”