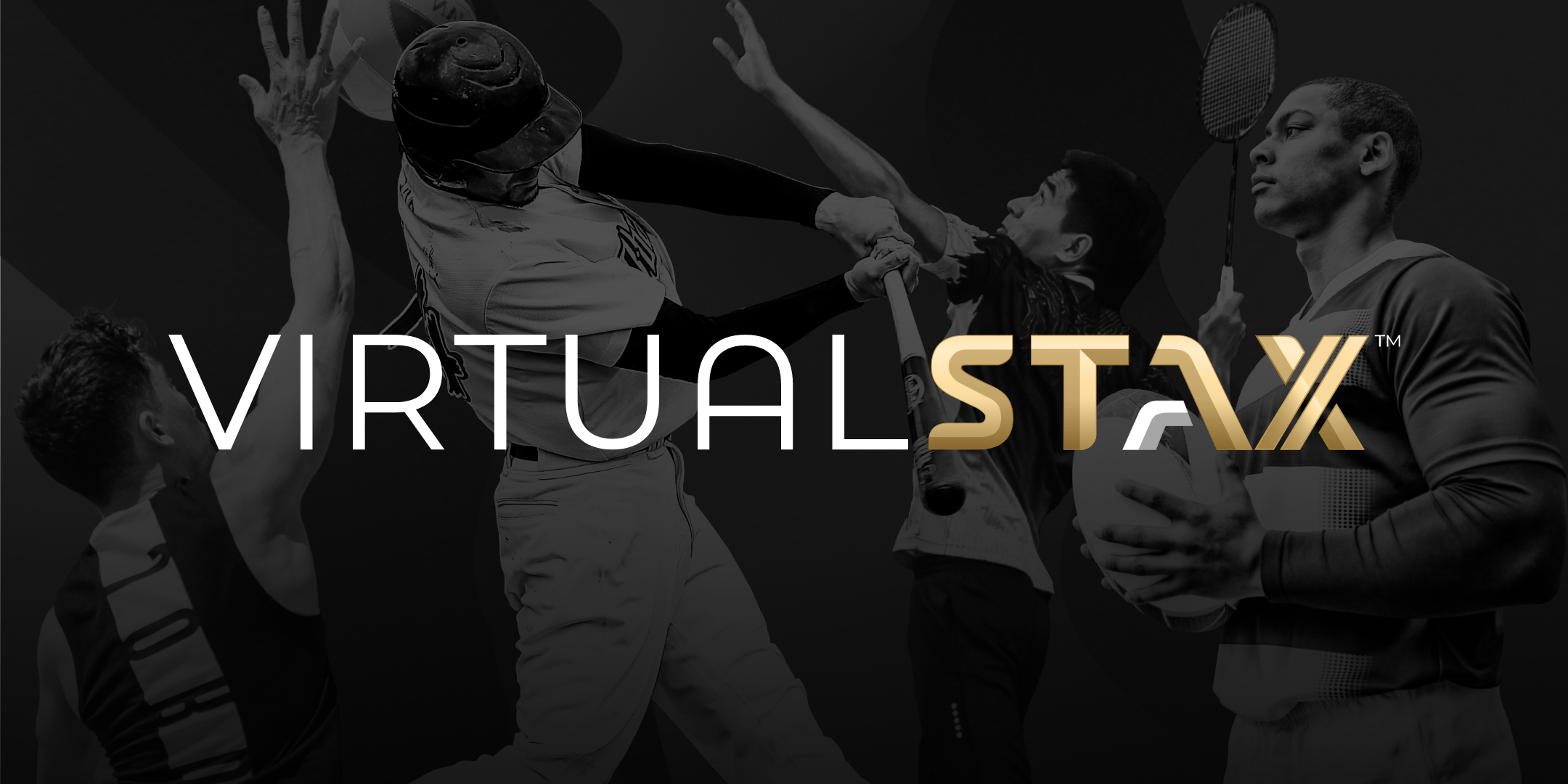 Some of the biggest countries in the world play Cricket. Overall, with about 2 billion fans, cricket has one of the highest numbers of fans in the world. About 2.2 Billion people from around the world watched the Cricket World Cup 2015 on their televisions. Like most other sports, the male version of the sport is more popular than the female version. But the ICC has taken steps to bring women’s cricket into the mainstream. And many countries have developed their women’s cricket teams. With international competitions, women’s cricket is expected to see a rise in its popularity.

There are hundreds of thousands of amateur players in the game in the cricket-playing nations. The International Cricket Council (ICC) states an incredible 125 countries around the world play the sport. There are a few barriers that hinder individuals from participating in Cricket. In underdeveloped countries, participants struggle to acquire sufficient funding for Cricket equipment and training whereas Cricket Clubs struggle to maintain their facilities and field due to financial constraints. For females in particular, their obstacles include not feeling confident when playing against male competitors due to there not being enough female-only competitions, according to a recent study. The lack of female-only competitions is just one example of obstacles that currently exist in the sport and emphasizes the need for more opportunities for individuals to showcase their talents to the world of cricket.

VirtualStaX can be a solution to individuals facing these challenges. Through VirtualStaX, Issuers from all over the world, whether male or female, can find the much needed support that can help them progress in their Cricket career. By gaining access to a community of Cricket enthusiasts, Issuers can receive financial and emotional support to ensure that all they need to focus on is playing Cricket.

It has been claimed that Badminton is the second-most-popular participation sport in the world, only behind Soccer. When Badminton was first included in the Olympics in 1992, 1.1 billion people watched the badminton competition on television. Badminton is the fastest racket sport in the world, and shuttles can fly as fast as 320 kilometers per hour. The sport is particularly popular in Asia, with many of the best players ever to grace the game hailing from the continent.

However, there are a few factors that provide challenges to individuals passionate about the sport. Firstly, The prize money in major Badminton competitions is not even close to that of other sports. Many individuals spend hours practicing and participating in tournaments but fail to accumulate enough money to really feel that their efforts are paying off. Many players are forced to continue working outside of Badminton to ensure they have a comfortable level of income each month. Through the VirtualStaX platform, by establishing the right Badminton community, talented individuals can generate sufficient funds to further their career but more importantly make a living from playing the sport they love.

In a recent interview between researchers and a group of young Badminton players, it was discovered that some struggle with the logistics of the sport which demands players to enter tournaments in different locations which is often difficult for them to maintain. They continued by explaining that opportunities to be discovered globally are scarce and hinder them from playing in major Badminton competitions. VirtualStaX can help these young players to generate funds for transportation purposes by allowing supporters to participate in their journey. VirtualStaX is a global platform that can connect talented people, whether professionals or amateurs, with supporters across the globe who can participate and share in a talented person’s success.

Volleyball enjoys a reasonable number of fans in almost all the countries of the world. It is stated that globally there are approximately 800 million Volleyball fans. The viewership of the sport on TV however is limited only to major competitions. The Volleyball event at the Olympics is widely followed by fans around the world. At the Tokyo Olympics, the tournament had a slow start in terms of viewers but received 19.8 million viewers across all platforms the day of the much-anticipated beach volleyball games. The sport does not enjoy relevance in the mainstream media throughout the year, limiting exposure to players across the globe. By using VirtualStaX, players will have the opportunity to access millions of sport enthusiasts which can provide valuable exposure for financial and emotional support.

Being a sport that is widely played at the amateur and semi-professional level, it is quite

popular amongst amateurs at grassroots levels throughout the year. Volleyball has one of the highest numbers of amateur players in the world. There are hundreds of thousands of amateur players in the sport in almost all the countries of the world. Indoor and outdoor versions of the sport are played all over the world, with over 220 affiliated national federations registered to volleyball’s global governing body, the Fédération Internationale de Volleyball. VirtualStaX strives to help amateur athletes to take their career to the next level by giving them the opportunity to like-minded individuals who can play a vital role in their journey. Talent is everywhere, opportunity is not.

Similar to other sport codes, travel costs and training fees hinder some Volleyball players from taking their career to the next level. In addition, it is mentioned in a recent report that the majority of schools and colleges in the US demand Volleyball players to be a certain height. Shorter Volleyball players often do not have the opportunity to show how good they actually are due to their height, regardless of their ability. VirtualStaX allows any talented athlete, no matter their physical attributes, to access people who appreciate their ability and understand the dream that he or she has.

Rugby first appeared as an Olympic sport in 1900 when the games were held in Paris. Rugby has a strong fan base in Australia, England, France, and New Zealand. There are more than 390 million fans of the sport in these countries. Most of the developed countries have professional Rugby Leagues. As rugby’s popularity increases, statistics indicate that there are over 6,600,000 players registered globally. Rugby is a male-dominated sport both at the professional as well as at amateur levels. While American Football is far more culturally relevant in the USA than rugby, participation and popularity is steadily growing. . The sport has become particularly popular in Colorado and Utah, where around 32,000 men and 11,000 women are involved in senior-level rugby.

Rugby is a physically demanding sport which often has Rugby players facing lengthy spells on the sidelines due to injuries. Rugby players in smaller countries have issues acquiring funds needed for appropriate treatment to ensure they get back onto the field as soon as possible. For female Rugby players, opportunities are limited and women’s rugby is not as well covered by the media which often makes it difficult for female players to make a name for themselves in the sport.

Through VirtualStaX, female Rugby players can showcase their talents to a community that appreciates their participation in the sport and is eager to support them in achieving their dreams of having a successful Rugby career. Talented Rugby players can use VirtualStaX to acquire the funding they need to cover medical bills and get back onto the field as soon as possible. People who are passionate about Rugby and who have a dream of playing at the highest level deserve an opportunity to focus on improving their career and have a platform where funding can be acquired through supporters.

In June 1846, a game between the Knickerbockers and Cricket's New York Nines, was credited as the first official game of Baseball. Baseball enjoys a huge number of fans in the US, Canada, Cuba, and the Dominican Republic. A recent study by the Sports and Fitness Industry Association (SFIA) found that in 2018 there were approximately 15.9 million people who played Baseball in the US across all age groups. The sport is quite popular on the Internet in the countries where it is commonly played. The searches on Google in the US related to this sport indicate that the popularity of Baseball is on the rise. Between 2016 and 2020, Baseball had a relative search value of 7.8 (only behind Soccer and Cricket).

Baseball is one of the most male-dominated sports out there with a recent study indicating that 98% of professional Baseball players are male. However, female participation is on the verge of rising. Several female groups have emphasized their frustration in having a lack of tournaments to participate in which hinders these players from being noticed by the Baseball community. The largest Baseball tournament, Major League Baseball (MLB) is a male tournament which has not allowed female players to participate. Baseball players can use a digital platform such as VirtualStaX to access Baseball enthusiasts from all corners of the globe to showcase their talents. Through VirtualStaX, young Baseball players, male or female, can receive the necessary support they need to have a Baseball career.

A recent study showed that many passionate Baseball players outside the USA struggle to obtain sufficient funding for Baseball equipment and training. Many countries also do not have Baseball facilities easily accessible like in the US. For people in less developed countries, Baseball continues to be a hobby rather than an actual opportunity to use it to make a living for themselves. Costs for playing Baseball include League fees, training facilities and coaches, equipment and travel expenses. VirtualStaX can be the solution for Baseball enthusiasts to acquire the funding they need to monetize their dreams.