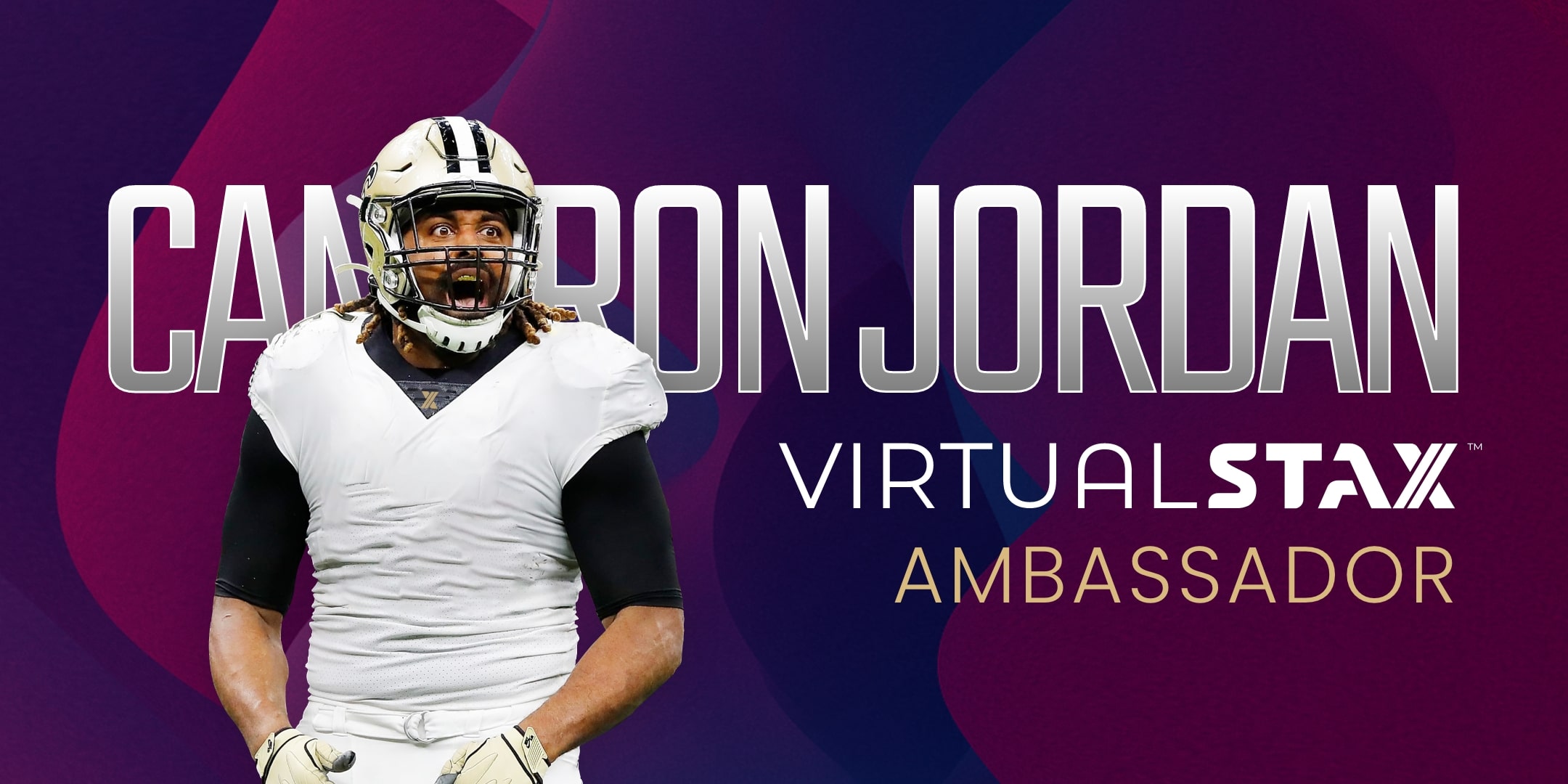 After a First-Team All-PAC 10 campaign in his senior year at Cal, Cam Jordan was selected in the first round of the 2011 NFL Draft by the New Orleans Saints. The seven-time Pro Bowler spent the entirety of his eleven-year career in New Orleans, earning three NFL All-Pro honors and becoming a cornerstone of the franchise in his time there.

Cam’s heart for children and drive to empower young people makes him the perfect candidate to promote the opportunity provided by VirtualStaX to the next generation of young sports stars. His leadership, work ethic, tenacity, and stability make him a unique player on the field and a great role model for emerging talent.

VirtualStaX is gearing up to change the face of the global fan economy forever. Now for the first time, anybody with talent can list themselves on a global exchange, monetize their fanbase, and fund their careers. Friends, family, and supporters around the world participate in their journey and share their success through VirtualStaX.