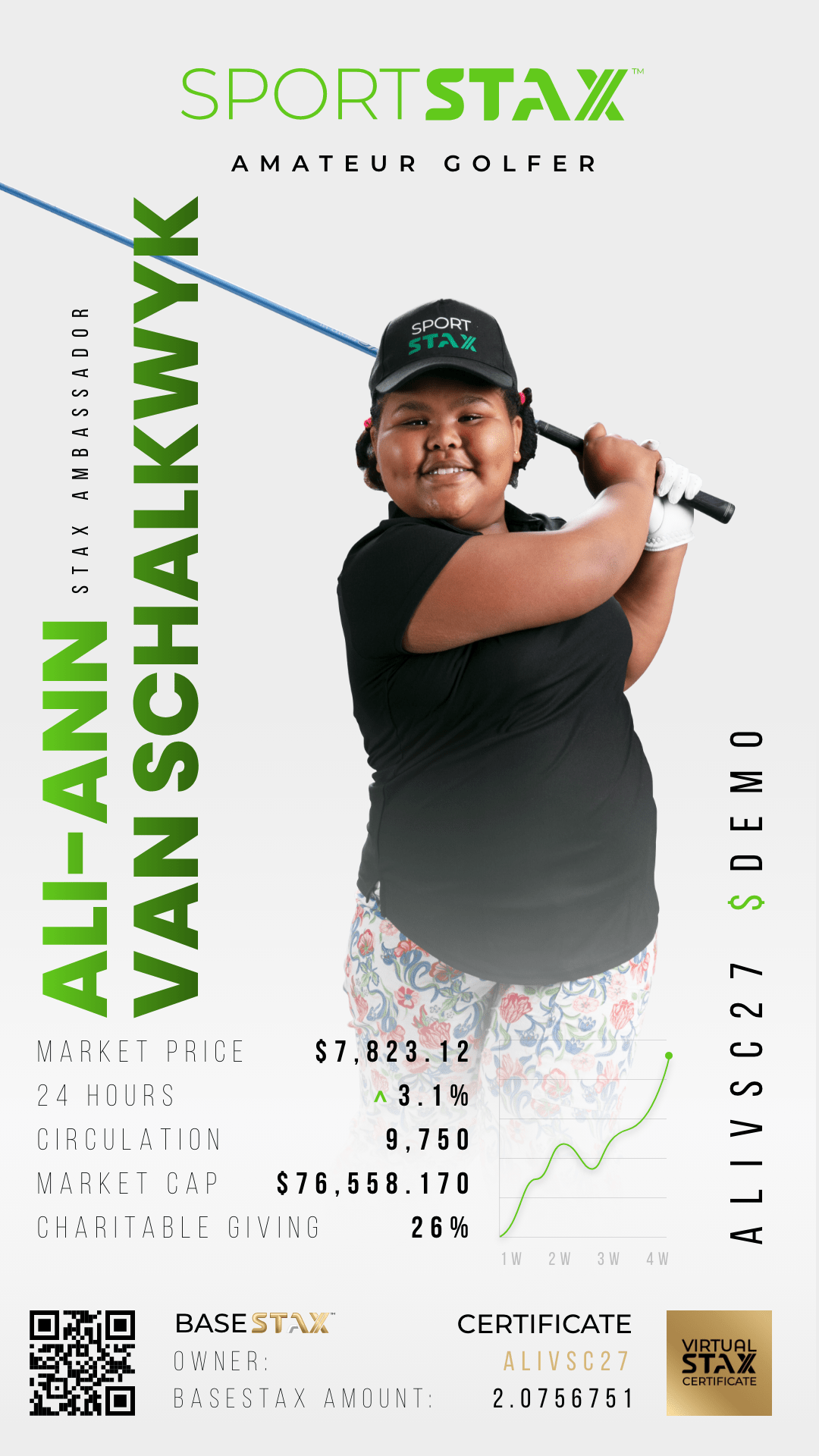 South African Women’s League golfer Ali-Ann van Schalkwyk started her career at the tender age of five at the local golf village where she would watch her older brother play until eventually joining him.

Her first competition, SA Golf Kids, was in 2016 at seven years old where she placed 2nd. As this is a monthly competition, Ali-Ann has been playing courses throughout the Western Cape from Rhondebosch, Stellenbosch, De Zalze, Erinvale, Clovelly, Steenberg, Arabella to Boschenmeer. In almost all of the above-mentioned competitions, she has come in at first, playing over 18 holes.

She has been a Somerset West Golf Club member since 2018, rising to the Copper Division at the first Club Championships within a year. Furthermore her achievements since 2020 (age 11) include dropping her handicap from 23 to 15.0 and earning a first and third placement in the C and B divisions respectively.