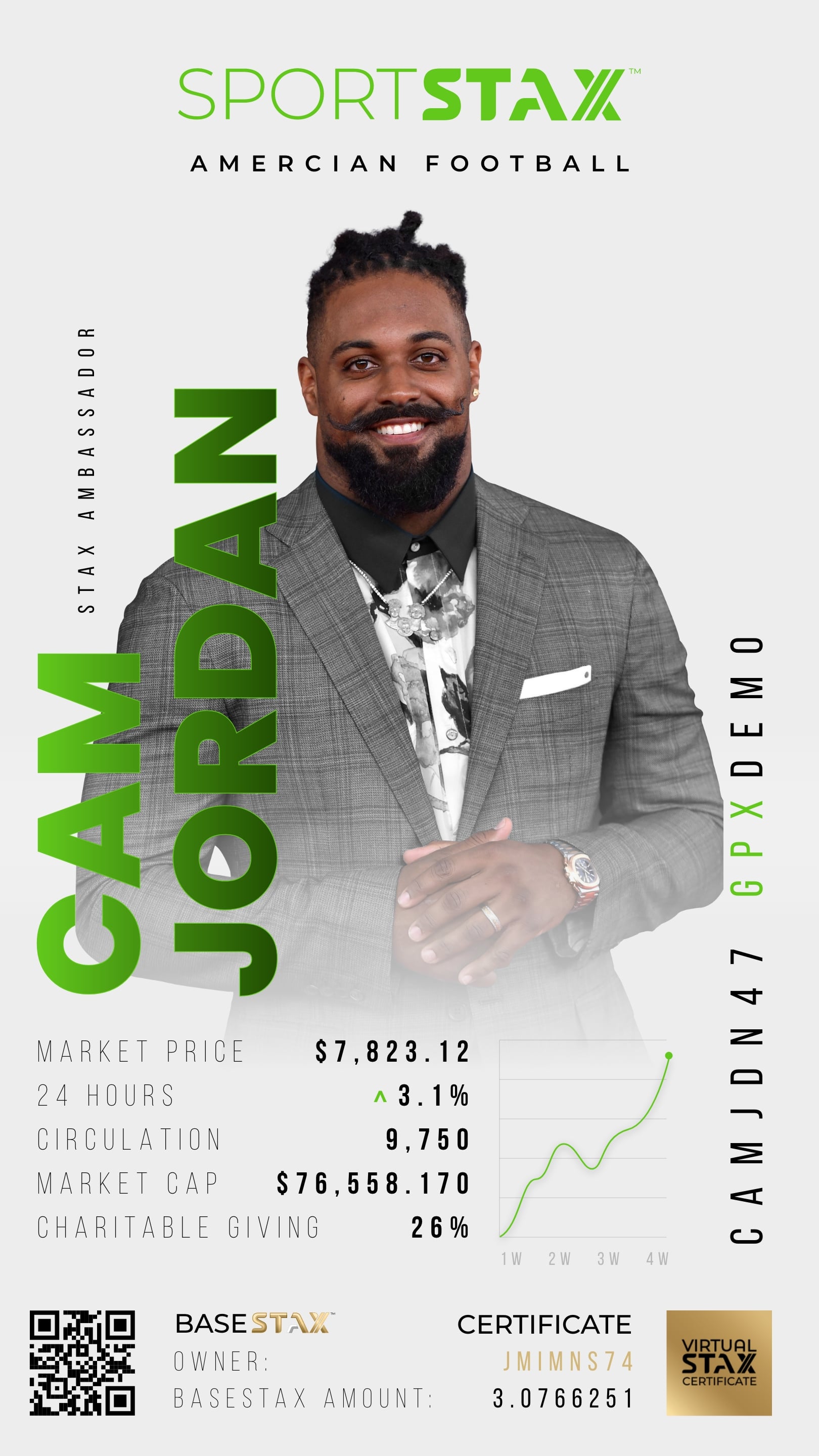 After a First-Team All-PAC 10 campaign in his senior year at the University of California, Cameron was selected in the first round of the 2011 National Football League (NFL) Draft by the New Orleans Saints. He spent the entirety of his eleven-year career in New Orleans, earning three NFL All-Pro honours and becoming a cornerstone of the franchise in his time there. In 2021, he was inducted into the Super Bowl Hall of Fame.

Cameron’s heart for children and drive to empower young people make him the perfect candidate to promote the opportunity provided by VirtualStaX™ to the next generation of young sports stars. His leadership, work ethic and tenacity have established him as a unique player on the field, inspiring emerging talent.