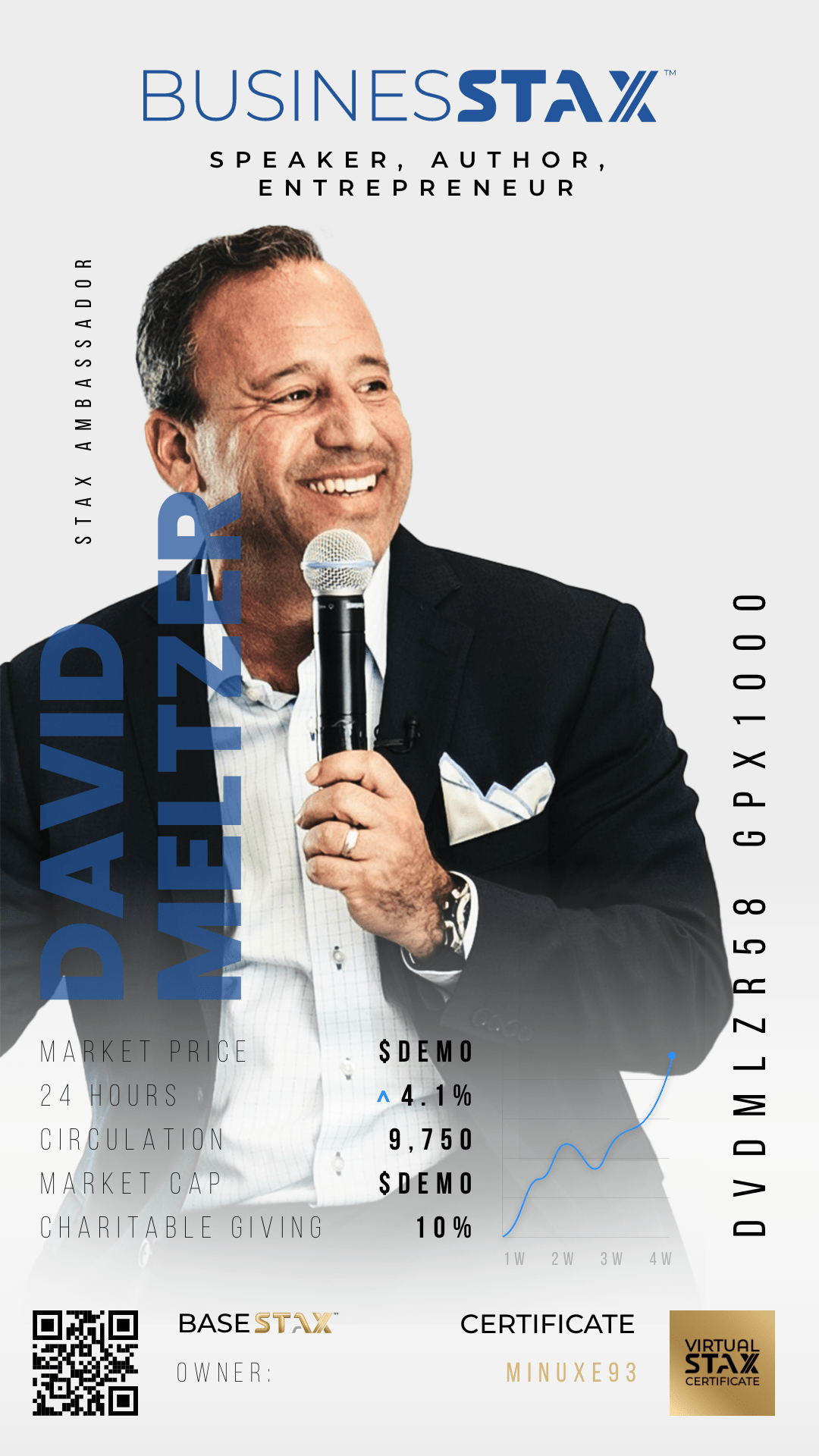 As a triple bestselling international author, David is considered one of the most accomplished E-sports entrepreneurs and investors. He is also a Top 100 Business Coach and the host of the renowned entrepreneurship podcast, “The Playbook.”

His influence is characterized in particular by his roles as Co-founder of Sports 1 Marketing and former CEO of Leigh Steinberg Sports & Entertainment Agency, which inspired the film “Jerry Maguire.”

His multiple accolades include the Ellis Island Medal of Honor and the Variety Magazine’s Sports Humanitarian of the Year Award. David features in many books, movies, and TV shows such as “World’s Greatest Motivators” and “Think and Grow Rich: The Legacy and Beyond the Secret” (Netflix).

David’s life mission is to empower more than one billion people to be happy by providing content of incredible value. As part of this endeavor, he has dedicated the past 20 years to making free weekly training accessible to the public.