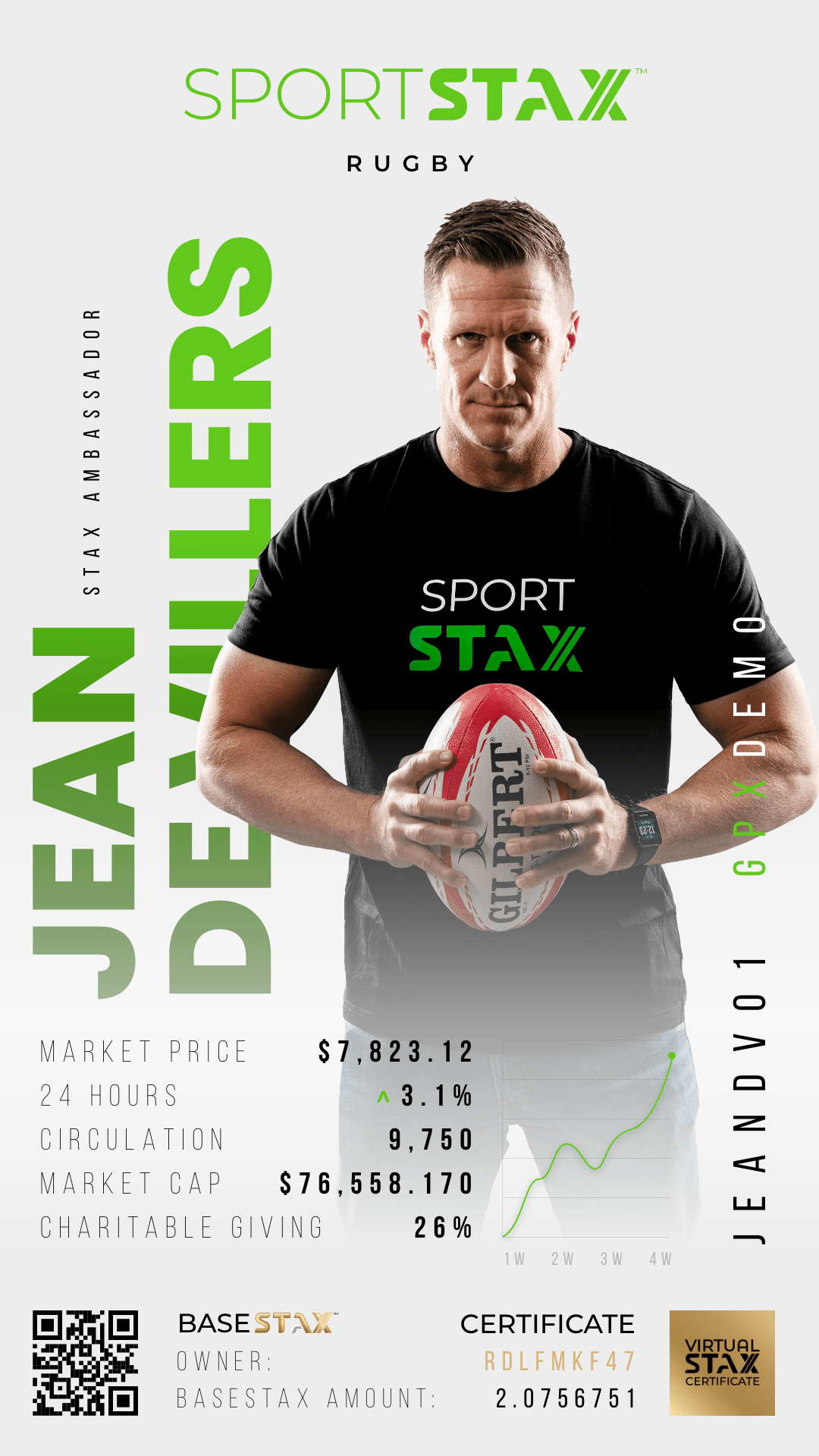 South African rugby player Jean de Villiers is known as captain of the South African National team, the Springboks, since 2015. He was also part of their World Cup victory in 2007, as well as two Tri Nations wins.

De Villiers’ often brilliant play style and huge fan base earned him tremendous respect and admiration of friends and competitors.

He made his first impact performance at international level in the South African Sevens team. He was also a member of the squad that finished third in the 2002 Commonwealth Games.

De Villiers premiered with the senior-level appearance for South Africa in November 2002 against France, but suffered a major knee injury five minutes into the game. He retired in 2016 after an incredible career playing for Western Province in the Currie Cup, the Stormers in Super Rugby, Leicester Tigers in Premiership Rugby and internationally for South Africa.

De Villiers has occupied the position of Head of Philanthropy at Citadel Investment Services since 2016. The talented athlete also advocates venture philanthropy by facilitating positive action through charitable giving via multiple foundations. To many of his fans’ delight, his connection with rugby continues through his work as a SuperSport analyst. Furthermore, he serves as the Chairman of the official charity of the extraordinary Springboks.

Now also a Rugby Ambassador for SportStaX™, there is no doubt that this legendary South African athlete will add to TheXchange®'s impactful global outreach.