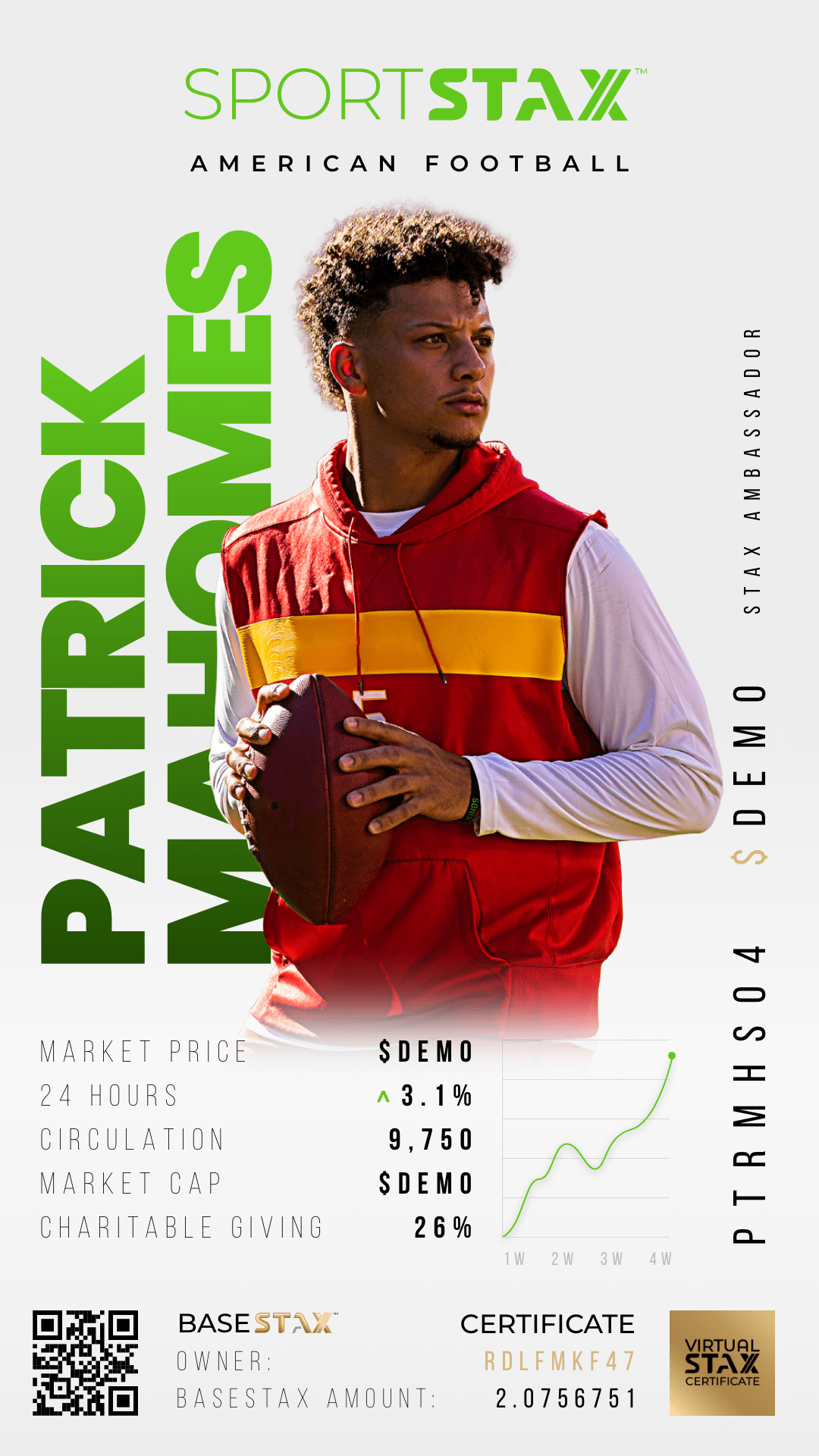 Patrick Mahomes is the youngest quarterback to win the Super Bowl MVP Award, electrifying Kansas City and NFL fans everywhere. As an explosive athlete, he may be the most prominent and impactful player to arrive on The NFL scene in years. His storybook achievements during such a young career are almost too many to mention.

Patrick’s reputation as ‘King of the Comebacks’ was clearly demonstrated by his fourth quarter heroics in the Super Bowl. He did not earn the name solely for his on-field generalship, but also for that special quality so clearly defined as he rallied his Chiefs in that fourth quarter of the big game and delivered the Vince Lombardy trophy to his joyously welcoming Kansas City fans.

Following his college career, this two-sport athlete (baseball and football) has repeatedly demonstrated that he is not just about athletic excellence, but has those rarest personal qualities of true leadership. He is the second youngest ever to be crowned Super Bowl MVP, and he willed his team to win, after trailing by a 24-point deficit to achieve victory responding with 50 unanswered points against the Texans in the 2019 AFC divisional playoff game.

On and off the field Patrick is revered as a young man of purpose and destiny. His commitment to the community so early in his career is clearly manifest in his philanthropic drive. In 2019, Mahomes founded the 15 and the Mahomies Foundation, a charity dedicated to improving the lives of children.

Its signature program, called 15 for 15, supports youth charitable initiatives focusing on science, academics, after-school programs and more. His philanthropic leanings and strong community-based character will be a powerful and reciprocal interface with TheXchange®'s Heart of Sport foundation. Together, there could be no limit on the good and kind outcomes for the troubled and challenged.

Serving as a beacon of excellence for aspiring kids, young athletes, and future stars Mahomes is now also the spokesperson for Sport StaX Football.