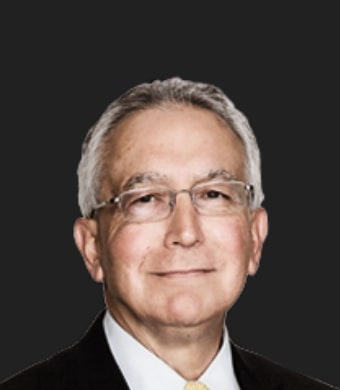 Former Commissioner of the SEC, Roel began his career graduating from the US Air Force Academy, where he served as an Officer for five years.

Roel attended Harvard Law School and then went on to work in Los Angeles for major law firms as a Corporate Transactions/Securities Lawyer and Litigator. After gaining a broad scope of experience as a Corporate Litigator, Roel served in the US Attorney’s Office in Los Angeles, where he prosecuted major narcotics cartels and, in a celebrated trial, convicted several kingpin cartel members for the kidnapping and murder of a DEA agent.

At the beginning of 2002, Roel was appointed twice by President George W. Bush and confirmed by the US Senate as a Commissioner of the SEC, serving until 2007. During his tenure, he presided over hundreds of complex enforcement cases and rule-makings involving the full range of federal securities laws.

Roel is currently a Senior Counsel at a leading Washington, D.C. law firm. His practice consists of advising senior management and boards on their most sensitive and complex issues. It often involves conducting internal investigations and defending matters involving financial regulators, such as the SEC, DOJ, CFTC, and FINRA. Additionally, he advises boards on cybersecurity, governance, cryptocurrency, and proposed rule-makings by financial regulators.