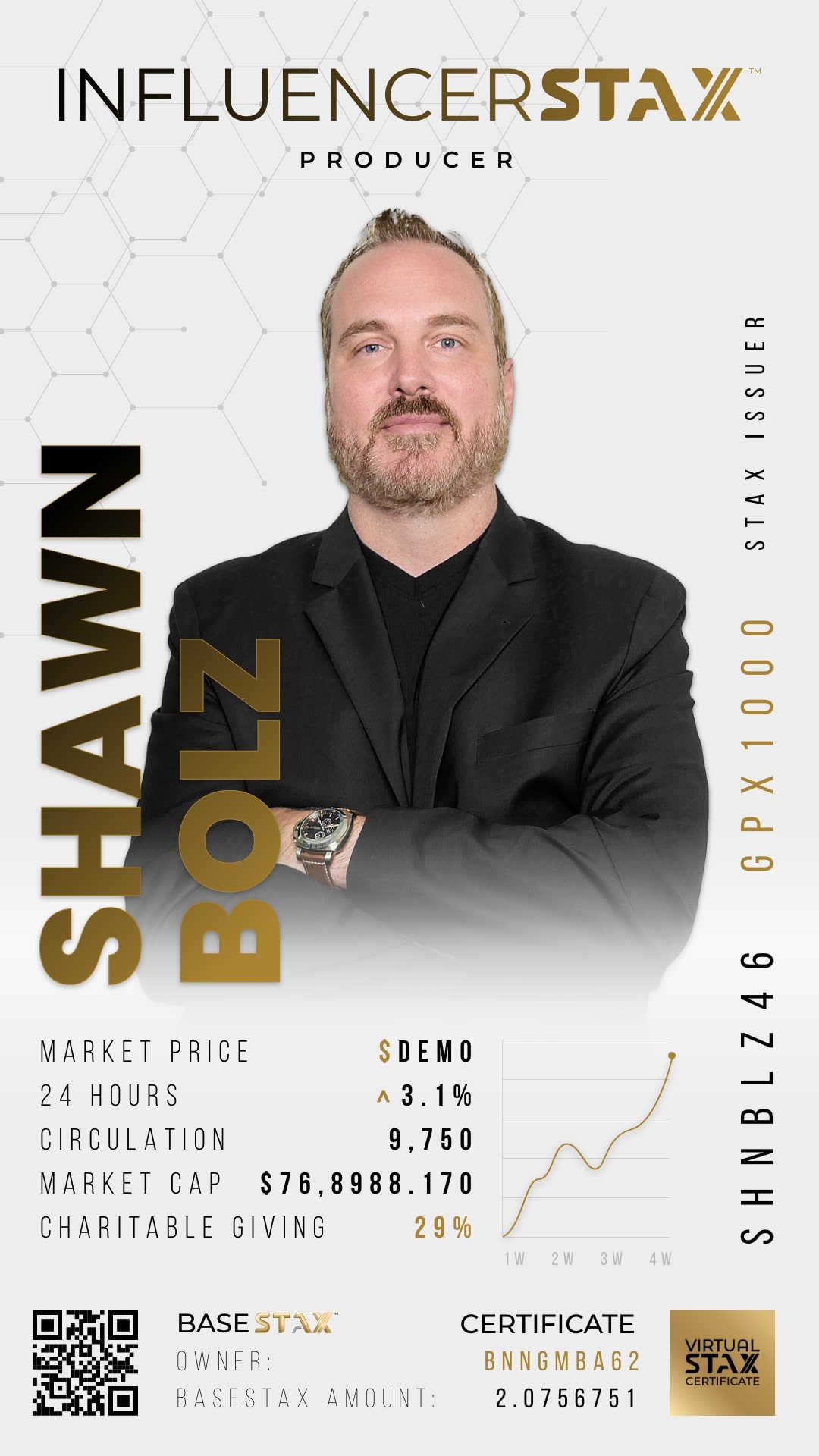 Shawn is a TV host, an author, producer and a Christian minister. He has been leading conversations in the church, entertainment industry, and in social justice that have helped inspire people around the world.

Shawn's deeply connected yet humorous style of speaking, media hosting & coaching and ability to help everyday people connect to hearing God’s voice has brought him around the world to meet with churches, CEO's, entertainers, and world leaders.

He is an author of several best selling books and has been featured on Fox News, CBN News, 700 Club, CenterPoint TBN News, and many more. He is also a contributing journalist online to CBN News Network and Charisma News Network. Shawn currently hosts one of the top ranking Christian podcasts and another top ranking News podcast with over 9 million downloads: Exploring the Marketplace and podcast/vodcast on CBN news network, Prophetic Perspectives Christian news podcast on Charisma Podcast Network. He also produced Discovering God show on TBN and is a regular host on TBN Praise.

Shawn is also the founding pastor of Expression58, a family focused church in Los Angeles California where he still attends. He enjoys living on an urban farm with his wife, Cherie and their two daughters, 2 dogs, a cat and chickens.