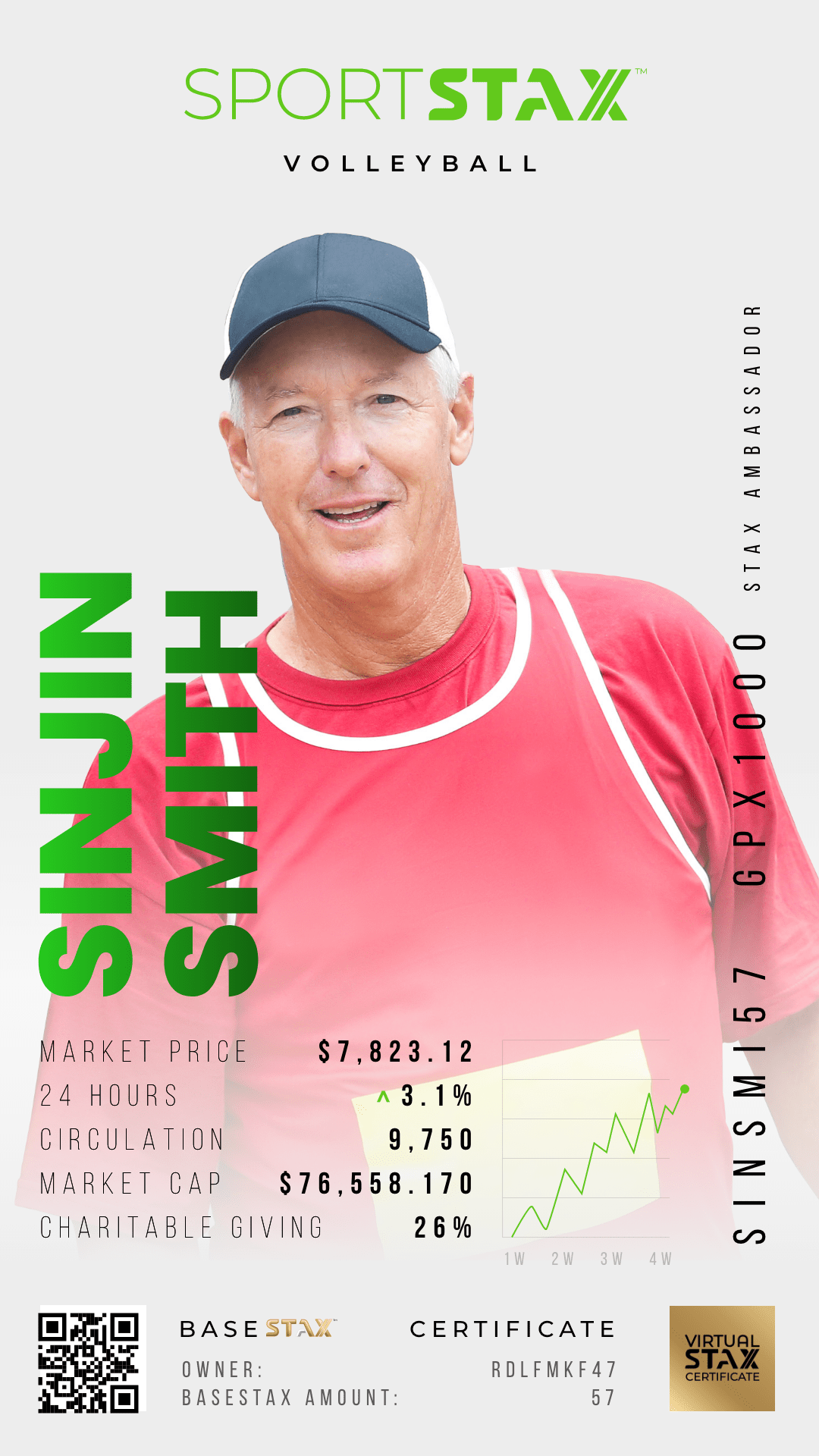 Christopher St. John “Sinjin” Smith is perhaps the greatest beach volleyball player in the history of the sport. Smith, by a large measure, is considered by many to be the "face" of modern beach volleyball. The game itself and the popularity of the sport in general may have looked a lot different today, without Sinjin’s impactful presence over the years.

Smith won his first open tournament victory in 1977, before a smattering of spectators standing, sitting and kneeling around the main court at the foot of Manhattan Beach's Marine Avenue. Sixteen years later, in 1993, Smith won his 139th and final title in front of packed grandstands in Fort Myers, Florida and a national audience on cable television. Beach volleyball was surging toward its first Olympic competition in 1996 and an international tour had sprouted that would eventually globalize the sport.

He was the second volleyball player ever inducted into the UCLA Hall of Fame.‍

As a sports legend and universally admired individual, TheXchange® is proud to have Sinjin as Beach Volleyball SportStaX™ Ambassador.