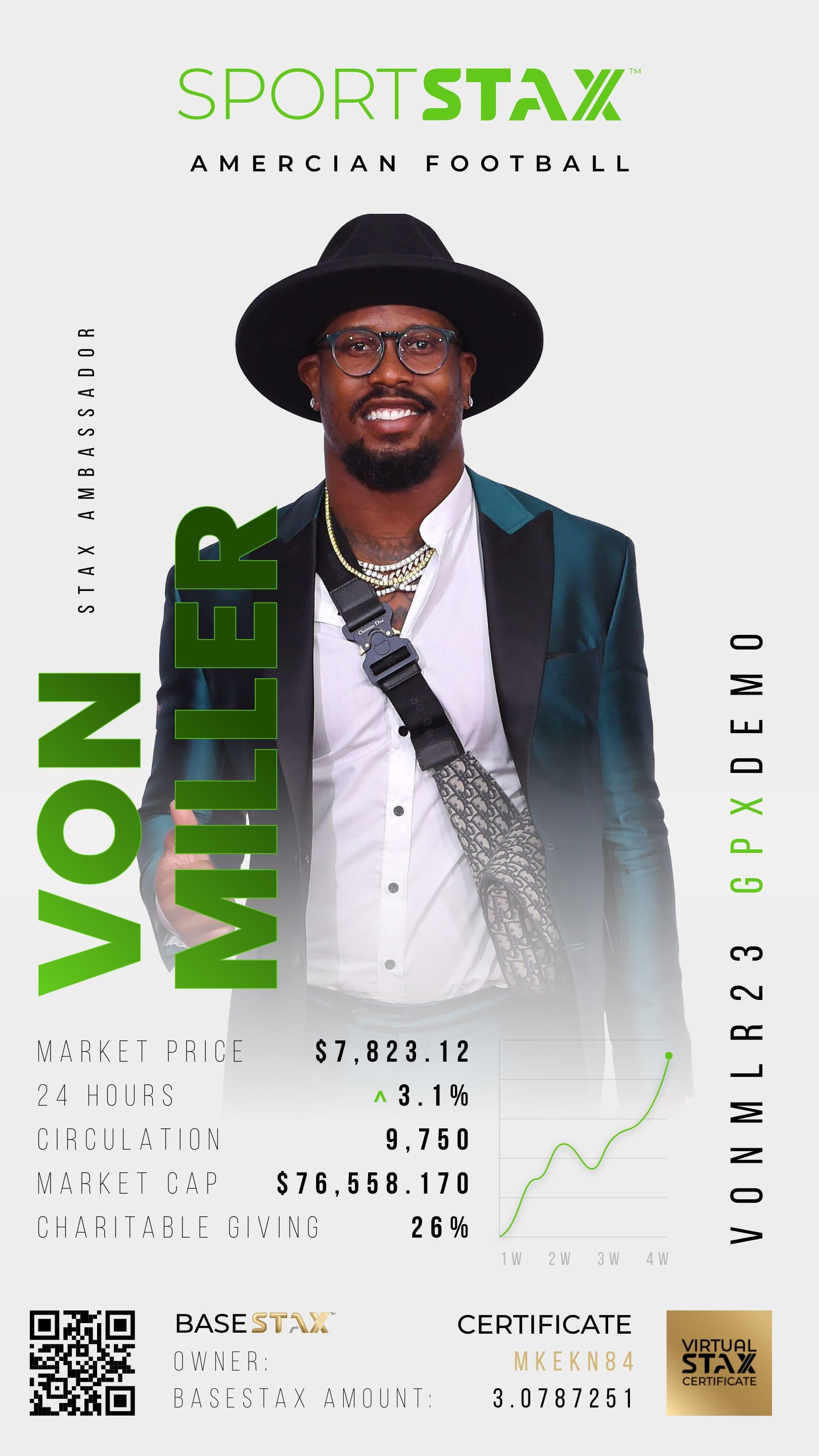 Recognised as the most outstanding college line backer in the nation, Von played for Texas A&M when he earned his All-American honours and received the Butkus Award. Thereafter, he signed with the Denver Broncos, achieving second overall in the 2011 NFL draft.

Von was named Most Valuable Player (MVP) of the Super Bowl in 2016 with the Denver Broncos. After winning his second Super Bowl while playing for the Los Angeles Rams, he joined the Buffalo Bills. Another win would make him the first player in NFL history to play in three Super Bowl victories for three different teams.

Von’s qualities as a leader, teammate, and community activist have contributed to him being widely regarded as one of the most likeable people in the National Football League (NFL) since his entrance in 2011. His work ethic, and team-first attitude make him the perfect fit to represent the vision of TheXchange®, connecting fans and players in a variety of ways that benefits all parties.