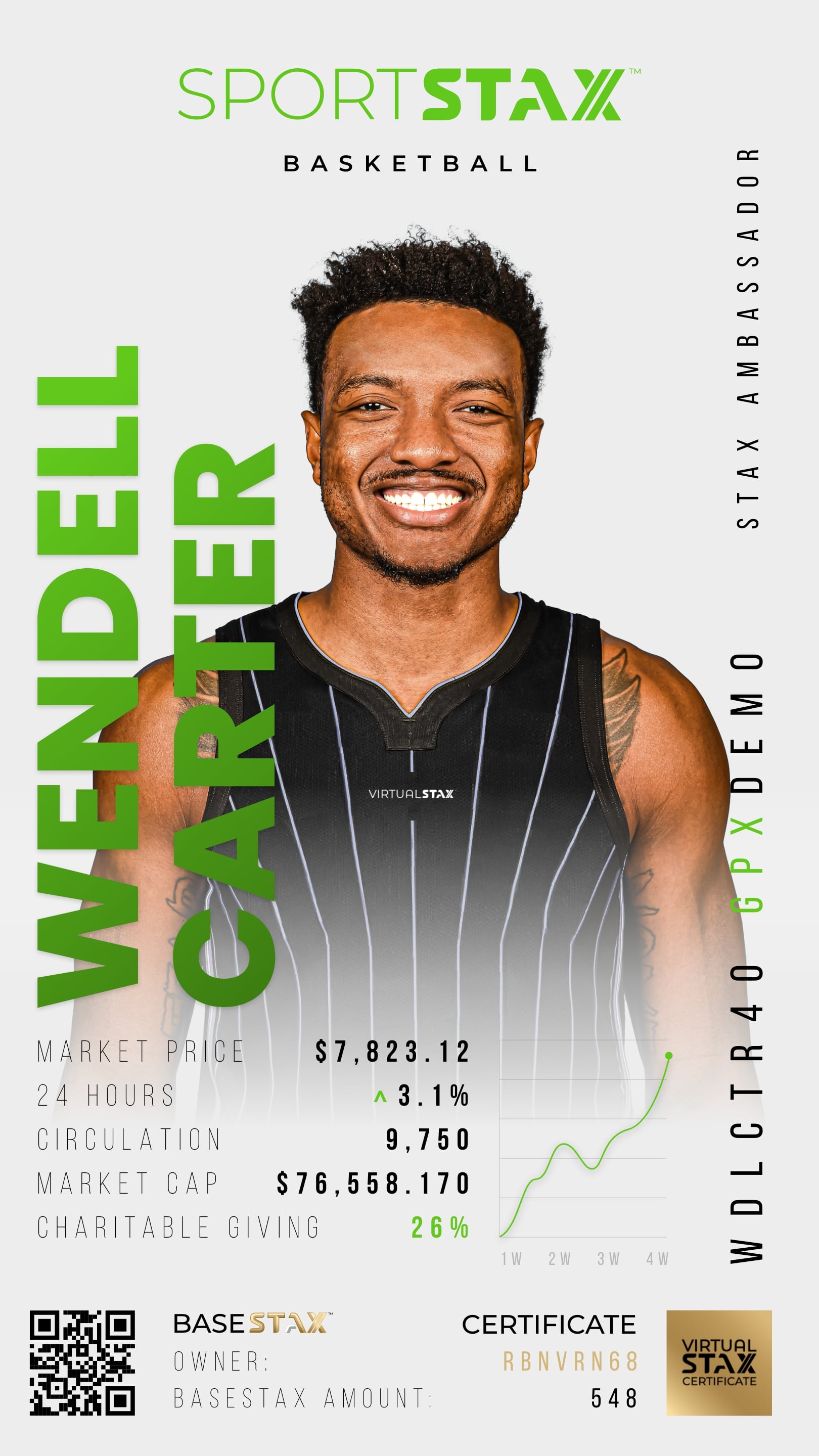 A standout in high school, Wendell was a McDonald’s All-American in his senior year. On national level, he was ranked as the number one power forward and overall number four player in the 2017 recruiting class.

Signing with Duke University in 2017, he performed phenomenally at the Atlantic Coast Conference (ACC) front courts. During his first and only season playing National Collegiate Athletic Association (NCAA) basketball, Duke finished the year second in the ACC and was a second seed in the NCAA Tournament, ending their championship run at the Elite Eight.

In 2018, Wendell was drafted by the Chicago Bulls with the seventh pick. After nearly three seasons in Chicago, he was sent to Orlando in 2021. A career-best season with the Magic followed, as he averaged a double-double for the first time.

Wendell’s strong community-based character has led to his accomplishments on and off the court. Recognised as an embodiment of the core values and spirit of the VirtualStaX™ mission, he was the first active NBA player to sign with VirtualStaX™.